Watch The White Stripes perform “Dead Leaves And The Dirty Ground” Live at The Detroit Institute of Arts on November 2, 2001. Shot in the museum’s iconic Diego Rivera Court, the performance is an excerpt from the band’s full set included on a pro-shot DVD as part of Third Man Records’ Vault Package #50: The White Stripes – Live at The Detroit Institute of Arts. Sign up now through October 31 at midnight CT to secure yours & see the full video here: youtu.be/jbSrRma4zgY. Subscribe to Vault #50 here: thirdmanstore.com/products/vault-subscription ... See MoreSee Less

My absolute fav White Stripes song, was so fortunate to get to see it and hear it at Record store Day in Nashville in The Blue Room for The World's fastest record pressing. Unforgettable!!!

What a great guitar tone. Kinda funny to see it have such an impression in the beginning and end up being such a large part of his eventual company.

This, in the Diego Rivera court Oh, I'd have loved to have been there 😍

Blackpool. Best gig of my life !

Can't wait to see this. That's exactly two weeks before I first saw them live in Edinburgh. So it will be very similar to the show I saw that night, when I knew nothing about them.

Come back to Shreveport! You were A force!

Wish they would release Blackpool concert in HD

Heard this on the John Peel show, blew my mind

I hope this message gets to Jack. Someone pretending to be Gilis has been private messaging me in Facebook messenger.

Oh crushin so hard, forever and for always ❤

…and I didn’t go to this show cause I didn’t know them yet and didn’t feel like it. 🤦‍♀️

His G string is out of tune

Alan De Swaucisson at the art museum by the Diego Rivera!

Three icons all together😉

Third Man Records is ecstatic to celebrate the 20th anniversary of The White Stripes breakthrough album White Blood Cells with the release of this very special red-and-white "Peppermint Pinwheel" pressing. The eye-popping pressing of White Blood Cells will be available on October 22, 2021 exclusively at independent record stores worldwide (October 29 in the UK, Australia and New Zealand) and will never be pressed again in this iteration. Please contact your local record store for availability. #WhiteBloodCells #TheWhiteStripes ... See MoreSee Less

I live in the, Great Smoky Mountain's, USA ,will I be able to order from, Amazon? I love your music & love the video's. I share them on my Facebook Wall. I'm 55, you'all rock!!

Still one of the greatest albums of all time ❤

One of my all time favorite albums!

any way to make it Peppermint scented too ?

Johanna Wilber Sara Nicole we must find this

Lewis Tanner get your wallet out

Horizon Records will you have any of these?

Do your self a favor and just sign up now, I have regretted a few that have come and gone I highly doubt that they will return again. Jack has reinvented and appropriately glorified 'bootleg' in this era.

*centered on, not around (I know most people hate grammar corrections, but I feel like Jack wouldn't. )

Why don't you just take my money. A DVD and an audience recording of both sets has been available for years.

Enough with the vinyls. How about a reunion already?!

Cant believe I forgot about being at this show till seeing this post. That place was electric that day.

To me when I'm legally obliged to every dime

No price on the site unfortunately.

Check out the ceased thirst

The White Stripes "Seven Nation Army" 7'' single AND The Glitch Mob Remix 7'' are back in stock now at ThirdManStore.com! Find them along with the rest of catalog and TWS merch here: thirdmanstore.com/collections/the-white-stripes ... See MoreSee Less

Is Good to Me a cover of the Brendan Benson song?

Will we ever be able to buy Elephant on vinyl again?

When are you releasing the Live stuff that was promised a few years back? Did that happen?

I only know one song by these guys. 7 nation army. Ive heard some of his newer stuff but I like 7 nation army the best.

Can you stop bragging about the glitch mob remix ? Sounds like farts

Love that good to me track

Now we have Third Man Records London is there any chance of having a UK online store as I'm not so keen on paying taxes and shipping. Makes the Vault discount I get a bit meaningless

Announcing the next Third Man London exclusive release: A limited edition, screen printed jacket version of 'The White Stripes Peel Sessions' on double vinyl. The two live recordings from 2001 with famed BBC DJ John Peel capture Jack and Meg during the international hubbub of 'White Blood Cells,' and are arguably the best document of The White Stripes at that time. Having been widely bootlegged since their initial recordings, and first officially released by Third Man in 2016, this special version and hark back to the duo's UK success couldn't be a more fitting release for our London opening. Available in-store from 25th September. ... See MoreSee Less

I must have been under a rock, there's a London store coming? Where? Are things limited to the Sat opening or expected to be available after that?

When are you guys announcing the tour?

Love to hear more about your new store.

"As the culmination of three Midwestern dates that weekend (Cleveland and Chicago were the Thursday/Friday shows) the run was hot on the heels of the Stripes breakout performances at South-By Southwest earlier that month. The momentum was building. The shows were only increasing in intensity..." Read the rest of Ben Blackwell's thoughts on the show, and stream The White Stripes Live at The Magic Stick, Detroit, March 31st 2001 now on nugs.net here: www.nugs.net/live-download-of-the-white-stripes-the-magic-stick-detroit-mi-03-31-2001-mp3-flac-or-online-music-streaming/27320.html ... See MoreSee Less

I really can’t believe that was 20 years ago.

So cool to get official access to great shows like this!!! Any chance of ever putting out 4/14/02 from East Lansing, MI? I know I and a lot of Michigan State alumni and friends would really love a vault package or vinyl edition of that show!!! <3 🤍 🖤

ironically they predicted the gala event!

I was at that Cleveland show, which was 🔥

Wouldn't you love to see them one more time !!

Man, the music was probably great but that recording isn't. Static and distortion all over. Bummer.

Megan Catt subscribe to the vault package for more.

The white stripes are communists. Don’t love them.

That really IS the hardest button to button.

Jack call Meg and make more music. The White Stripes created a worldwide sports anthem, what else can you do? Let's find out. Jack White

#TBT to when The White Stripes headlined Reading and Leeds in 2004. Photos by Andy Willsher. ... See MoreSee Less

We were there for this one! AMAZING

I was there! Amazing! They don’t make em like they used to anymore

Was at Reading 2002 & 2004… 2002 they played on the main stage during the Saturday afternoon & blew the doors off the place. Jack was on fire. He later guested during The Strokes set, playing guitar on (if my memory serves me correctly) NY City Cops

One of the best weekends of life! The white stripes were amazing 🤩

One of my favorite artists. Little Meg blows my mind with drumming skills. As for Jack. I own ALL his music. The the raconteurs. AWSOME album. It’s one of Jacks other bands. He incredible

That was the best night that weekend. Friday was hard work. White stripes just bloody awesome and supergrass in the tent on Sunday were fantastic. The mud and floods were horrendous!

Strange times. The Darkness coheadlining a festival with the Stripes and some other band I’ve never heard of.

I can't remember the year, but wanted to see them at Old Trafford cricket ground for some all day event around this time, but they pulled out, and we got The Flaming Lips instead!!! Was not happy, but at least the Manics were good!

That lineup is giving me THE FEELS

Gone are the days of having line ups like that now.

My band is called Meg’s cans.

Went to Leeds that year, from what I remember Morrissey headlined on the Sunday night.

How could the Darkness headline over the Offspring

The Dolls and Morrissey on the same bill? Moz had to be in heaven.

Where is the live WS album?

I was at Leeds, they were amazing 💜💗♥️❤️

That’s a good old line up right there 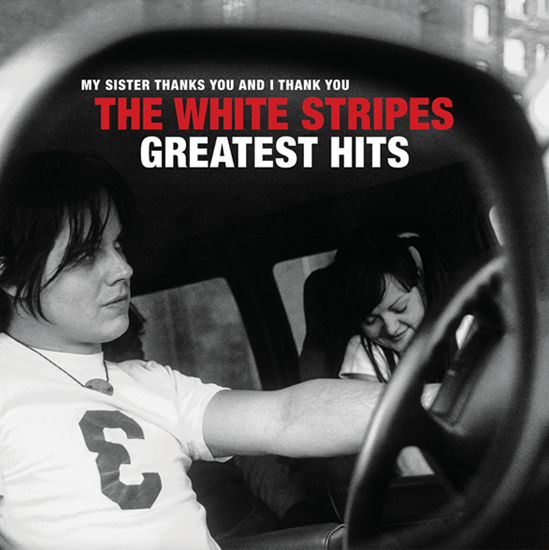